Getting the SSSS on My Boarding Pass: What Happened Next 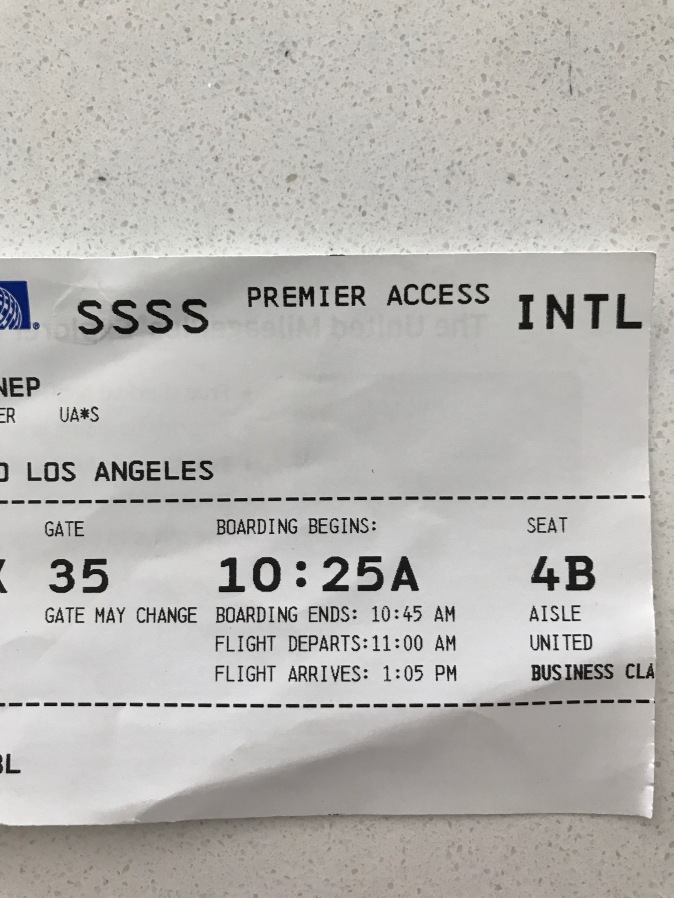 If you read travel blogs, you may be aware of the dreaded SSSS designation that can occasionally be applied to the boarding passes of passengers headed to the United States. For example, some bloggers have written about their experiences getting the SSSS on their boarding passes after visiting Istanbul.

For travelers with Pre-Check who value efficiency in travel, the SSSS is terrible because it cancels out Pre-Check and also comes with a variety of other extra, potentially invasive or time-consuming security measures.

Therefore, when I was traveling from Mexico City to LAX recently, I was understandably freaked out when I received my boarding pass with the SSSS on it. I had not done any travel to any places like Istanbul recently, so I wasn’t sure why I received it. Of course, the first thing I did was to go online and search for posts about “SSSS” and Mexico City. Sure enough, it turns out that getting an SSSS on your boarding pass at Mexico City International Airport is not uncommon. And in my case, since I had bought a one-way ticket just days before due to wanting to keep my travel plans flexible, it all started to make sense.

But even though I now understood why I had an SSSS, I still had to go through the process of traveling to the United States with the TSA equivalent of the Scarlet Letter. Here is what having the SSSS on my boarding pass entailed, in case you find yourself in a similar situation.

Going Through Security at MEX

In the security line entering the Mexico City Airport Terminal, there was no difference between having an SSSS on my boarding pass and not having one. This makes sense, because MEX doesn’t have Pre-Check, and the rules that the TSA applies to USA travelers don’t yet apply here. So I entered the Terminal 1, went through security, and went to the Avianca lounge (accessible via Priority Pass) to wait for my flight.

At the Gate in MEX Terminal 1

At the gate, I waited with others in line for boarding. When boarding was announced and I gave the gate attendant my boarding pass, this was when the SSSS kicked in. I was directed to an area to the side of the gate for extra screening. Fortunately, the screening was quite minimal– a very light pat-down and a quick perusal of the contents of my carry on. I was headed onto the plane in minutes. So far not so bad.

At Immigration at LAX

Once you arrive from a foreign country to LAX, you have to go through immigration before you can continue to your connecting flight. I was worried that at immigration the SSSS might kick in again, but since I have Global Entry I simply went through the normal Global Entry process and was ushered through in minutes. I then entered a long hallway that leads out of the immigration area and towards the domestic terminals.

I realized at that point that because of the dreaded SSSS on my MEX-LAX boarding pass, my usual TSA Pre-Check had not shown up on the boarding pass for my flight to my domestic destination. So I stopped at a United desk and told them my situation. “How did this happen to you?” the United agent said sympathetically and with a touch of pity. “I don’t know,” I said, “but now that I’m back in the US can we get my next boarding pass to show Pre-Check again?” She went to the computer and reprinted the boarding pass and presto! It came out with Pre-Check, meaning that I was no longer scarred with the Scarlet Letter SSSS for the remainder of my trip.

All in all, while getting the SSSS on my boarding pass was scary at first, it didn’t turn out to be so bad in this case. It seems much worse if the SSSS shows up repeatedly on your boarding pass and you are unable to return to normal status. But in the case of the Mexico City flight, it seemed like a temporary occurrence.

3 Comments on “Getting the SSSS on My Boarding Pass: What Happened Next”